The County Clare-based company was founded in 2015 by Louise McGuane and is "the only all-female Irish whiskey company in the world". The firm is maturing whiskey in a purpose built bonded rackhouse on the McGuane family farm in Cooraclare, County Clare. “Bonding Irish whiskey was a lost art and business model which we have brought back to life," said founder Louise McGuane. "We are the first whiskey bonder in Ireland in 50 years and are proud to have brought this way of making Irish whiskey back.” Irish whiskey bonding fizzled out in the early 20th century with the decline of the Irish whiskey industry. The practice involves sourcing whiskey from third party distilleries, maturing it onsite for a period of time and then finishing or blending liquids together. Chapel Gate's first product is J.J. Corry The Gael, a blend of 5% 26-year-old single malt, 27.5% 11-year-old single malt, 27.5% 15-year-old single malt and 40% is seven-year-old single grain whiskey. The Gael is described as having "fruit forward flavours". It is non-chill filtered and has no artificial colours. The whiskey is bottled at 46% abv, and available online in 500ml (£60) and 750ml (£80). In the summer, SB had a look at some of the best value for money Irish whiskeys on the market. 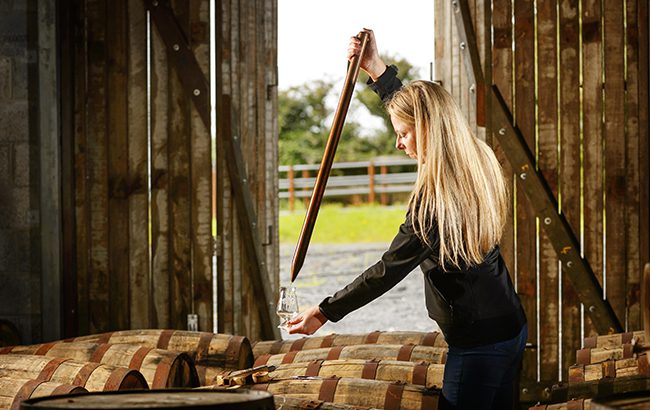