This wonderful bourbon is bottled as close to barrel proof as possible. We add just a splash of our Kentucky limestone well-water when we empty the barrels for bottling. Thus, this whiskey is as smooth as any you will find.

This bourbon whiskey is bottled at nearly barrel proof. Just a splash of Kentucky limestone water is added after a decade of aging. Rich, yet smooth, this bourbon takes a back seat to none.

At 107 proof This wonderful bourbon is bottled as close to barrel proof as possible. We add just a splash of our Kentucky limestone well-water when we empty the barrels for bottling. Thus, this whiskey is as smooth as any you will find.

Pappy began working at W.L. Weller & Sons first as a traveling whiskey salesman and eventually as the President of Stitzel-Weller Distillery. He helped shape the industry during and after Prohibition. Through his endeavors in the warehouse, the boardroom and on the road, he built a reputation in the bourbon industry that was second to none. Fine bourbon was his mission, and he accepted nothing less.

Pappy's son, Julian Jr., operated the distillery from 1964 until the family sold it in 1972. After, not one to be defeated, he got himself an office and a secretary and formed a company called J.P. Van Winkle and Son. He got into marketing bourbon through many types of commemorative decanters, some of the more popular being for universities. But he never stopped bottling on the side. He created the Old Rip Van Winkle label as a side venture in case his son, Julian III, wanted to come into the business.

Julian III took over the business in 1981 after his father passed away. He was 32 years old with a wife and four young children. The premium bourbon business was in a lull, but 90 years ago, Pappy started from the ground up, too. So, with this same, innate passion, Julian purchased the Old Hoffman Distillery in Lawrenceburg, Kentucky, for barrel storage and bottling purposes. He couldn't afford much advertising, but the quality of Old Rip Van Winkle sold itself. Julian III and his impeccable palate created quite a stir.

When first approached by Buffalo Trace, Julian III was honored, but not immediately interested. He had ample bourbon aging, but the concern was for future reserves, since by this time, bourbon was increasing in popularity. Buffalo Trace bought the W.L. Weller label in 1999 and had been making the bourbon with nearly the same recipe as Pappy's. The transition was easy. As of May 2002, Buffalo Trace has produced the Van Winkle bourbons, using Pappy's exact recipe. This change allows Old Rip Van Winkle to maintain their strict quality standards while producing more barrels for future enjoyment.

NOTE: Not Eligible for Return

Each & every purchase has been consistent and exactly as represented. Prices are less then competitors. Any question answered quickly. 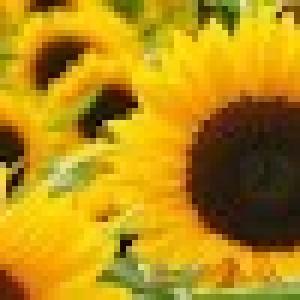 I ordered this for a friend that has done many favors for me. He was delighted and really appreciates it. Good service. Thanks for the speedy and good service. Sue - Superior, Az

My boyfriend will love this.