Danish brand Isfjord has launched two single malt whiskies and a malted aquavit in the UK, extending its portfolio of spirits made from Greenlandic iceberg water. 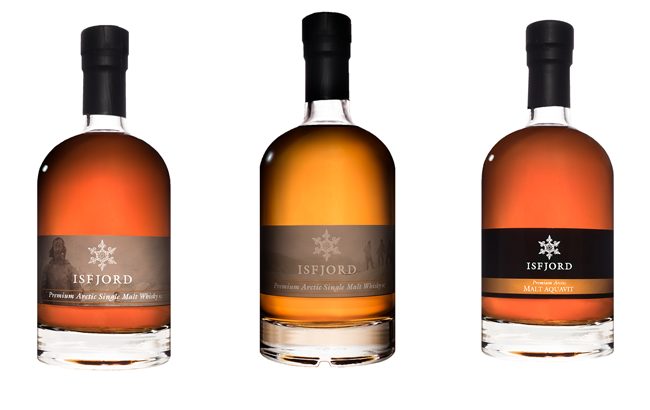 Created at Denmark's Braunstein Distillery, the new launches join Isfjord's gin and vodka offerings as the first spirits created using water farmed from the Ilulissat ice fjord in western Greenland. The ice, which can be aged anywhere between 10,000 and 180,000 years, is harvested as it floats freely in the fjord and is said to be "soft and crisp" in taste. Premium Arctic Single Malt Whisky #1 is said to be "smooth and complex", and has been maturely entire in oloroso Sherry casks from Spain. On the nose it is said to offer "subtle dark fruits", with "hints of vanilla, chocolate and spices" on the palate. Premium Arctic Single Malt Whisky #2 features a peated malt whisky hailing from Germany, and has been matured in former Bourbon casks and finished in new American oak casks. The aroma is fruity with "light vanilla" with "hints of tobacco" and a "rich caramel flavour" to taste. Isfjord Premium Arctic Malt Aquavit is a sweeter style of the traditional Scandinavian spirit, featuring malt, Danish honey, and cane sugar. "Smooth and rich", the sprit has a "subtle citrus nose" followed by "a spicy punch of tangerine, thyme and light smoky caramel" flavour. Both whiskies are aged between eight and nine years, while the aquavit takes just six weeks to create. Morten Kelsen, founder of Isfjord, told The Spirits Business: "The water from the melted ice is fantastic for making spirits. It contains no pollutions or pesticides, it's very very pure. "Most distilleries use tap water, or sources similar to tap water. The iceberg water binds the spirit together, and it makes it taste better. In a 700ml bottle, around 200ml of that is iceberg water." The selection has already hit select European markets, and has now been made available in the UK through JBE Imports. The whiskies will retail at £80, with approximately 800 bottles available initially. Jonathan Braham-Everett of JBE Imports added: "As UK drinkers become even more experimental and savvy over the spirits they choose, being able to access whiskies made from such pure water is a really unique experience. "The Great British public loves Scandinavian products at the moment and few things are as uniquely Nordic as the taste of aquavit." The whiskies are bottled at 42%, while the malted aquavit is bottled at 38% abv. All are available in 500ml bottles.
Back to Uncorked
ABOUT THE SHOP