Tea-based spirits have come to the fore in recent years, providing bartenders with a fascinating new flavour profile to play with. Our round-up of spiked brews gives 'teatime' a whole different meaning. 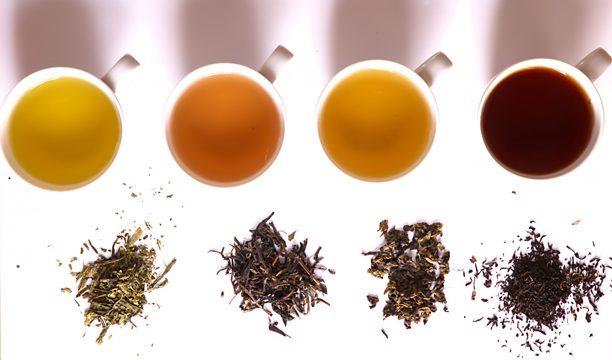 They say there's little in this world that can't be cured with a good cup of tea – just ask the people of Great Britain. Given that it's the second most consumed beverage in the world – and considering its association with the quintessentially British (and often gin-spiked) afternoon tea occasion – it's of no real surprise that the flavour has extended beyond the teacup to the cocktail coupe. For those who prefer something a little stronger, distilleries the world over have been busy infusing the likes of gin, vodka and rum with tea to offer an alternative to the usual fruity, citrusy, sweet and floral flavours found in their more traditional cousins. Click through the following pages to explore the experimental world of tea-based spirits. Still keen for caffeine? Take a peek at our round-up of the top 10 coffee-flavoured spirits. 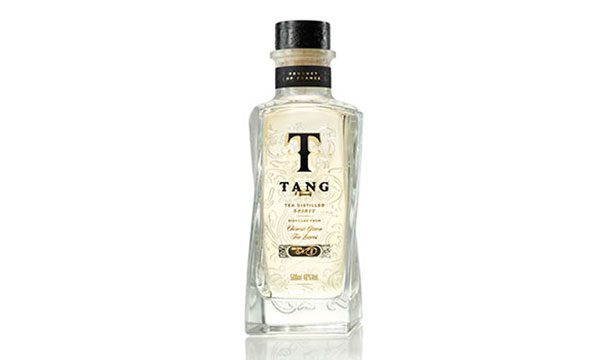 First on the list we have Tang, created by Bacardi and billed to be the first spirit distilled from tea leaves. Currently only available in China and Hong Kong, it serves as a bold and fragrant accompaniment to Chinese food. This groundbreaking liquid was inspired by the Chinese Tang Dynasty, during which time the country developed its preference for tea. Matt Djokovic, innovation director of Bacardi in Asia Pacific, explained: "Today, the types of spirits that can be enjoyed with food are fairly limited. We hope Tang can represent an additional spirit option to enjoy during Chinese meals." Designed to be sipped neat or mixed into cocktails, it is bottled at 40% abv and carries a retail price of HK$1888 (US$250) for 500ml. 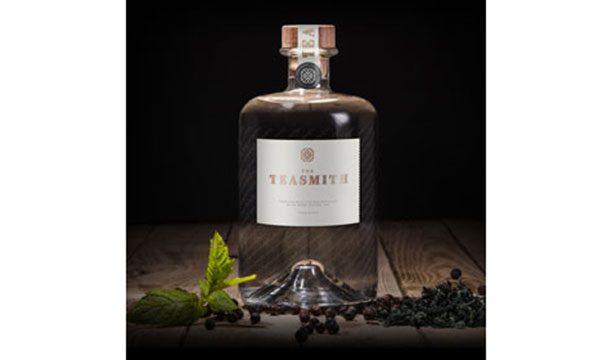 Created by husband and wife team Nick and Emma Smalley of Udny Green, Aderdeenshire, The Teasmith Gin is distilled in the Strathearn distillery in Perthshire. Abderdeen has a long naval history, and many of the world's most famous tea-clippers were constructed in Aberdeen harbour. Some of these were instrumental in expanding tea trade routes in the Far East. In fact, the first tea plantation in Sri Lanka was founded by an Abderdeenshire man, James Taylor, often called the "Father of Ceylon Tea". Although tea is the key botanical, before the final stage it is blended with juniper, coriander and citrus peels. Emma Smalley said: "The gin doesn't actually taste like tea" and described the "unique taste that is light on the palate with a distinct, crisp freshness" – meaning that even people who don't like tea shouldn't be afraid to try a drop. It is available online and in selected Aberdeenshire retailers and a 700ml bottle retails at £37.50. 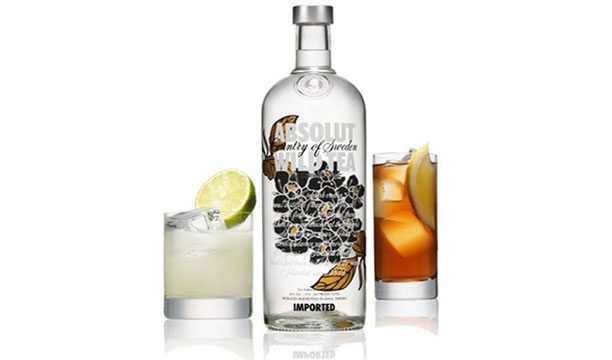 Absolut have turned their attention to tea too, and in 2010 released their Wild Tea Vodka, marrying the "dark notes and mysterious richness of black tea" with "the delicate character of Scandinavian white elderflower". The Absolut brand prides itself on the use of 'natural' base ingredients (locally-sourced water and winter wheat), and asserts that the tea and elderflower are also entirely natural. The expression is made in the same way as all Absolut vodka – continuous distillation – the only difference being the additional oolong tea and elderflower flavouring. It can be used to give a simple cup of tea a kick, but there are many other ways to indulge in this drink. The Absolut team suggest trying it with fresh lime juice, or combining it with a dry white wine. 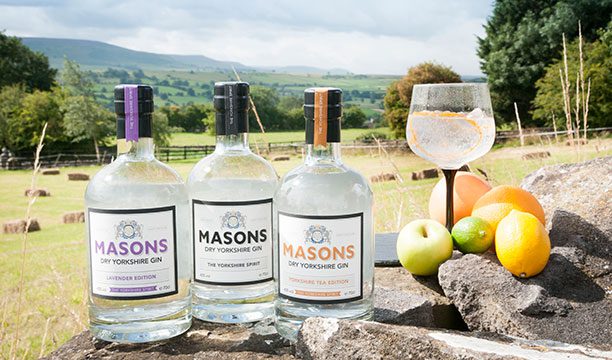 This gin is packed with flavour and "authentic and balanced tea notes", which complement perfectly the "atypically powerful and spicy botanical base". It is best recommended with tonic water, but it will make a welcome addition to any number of cocktails. It retains a personal touch, distilled in batches of 200 litres, with a handwritten batch and bottle number on each label. It retails at £39.99 for a 700ml bottle, although you can try a 200ml bottle for £13.49 on their website. 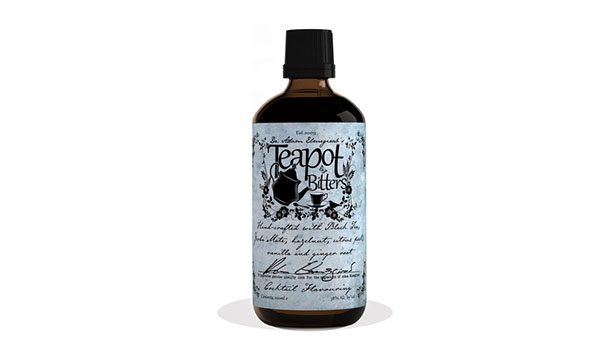 This offering from Dr. Adam's Elmegirab's Bitters Ltd is unlike anything else on this list. Inspired by the historical impact of ancient tea and spice routes that shaped civilisations, it combines the medicinal backgrounds shared by tea and bitters to bring them together in one unique concoction. Teapot Bitters have an extensive list of botanicals including orthodox black tea, vanilla, ginger, lemon peel, yerba mate, gentian root, fennel and star anise, giving rise of a taste of bitter black tea which mingles with other flavours and leaves the drinker with a bitter almond finish. The team recommend serving it with Beefeater gin, dry vermouth and honey water to create a unique cocktail. 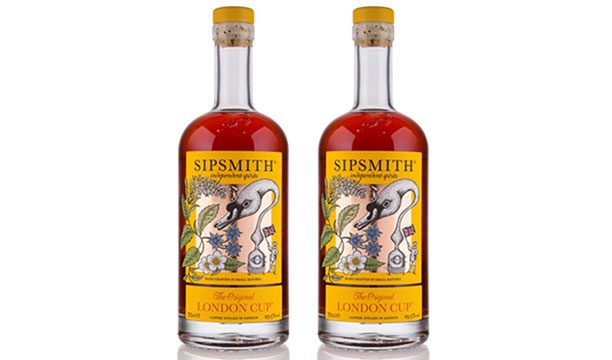 Sipsmith Distillery has also entered the tea-based drinks sector. The producer blends Earl Grey tea with borage, lemon verbena and other botanicals to create a "sublimely sippable cup" to be served long with lemonade. On the nose, there are aromas of burnt orange, cucumber, caramel and tea leaves, while the taste is said to be reminiscent of marmalade and cherry with herbaceous notes, leading to a scorched oak finish. Sipsmiths London Cup is available for around £19 for a 70cl bottle. 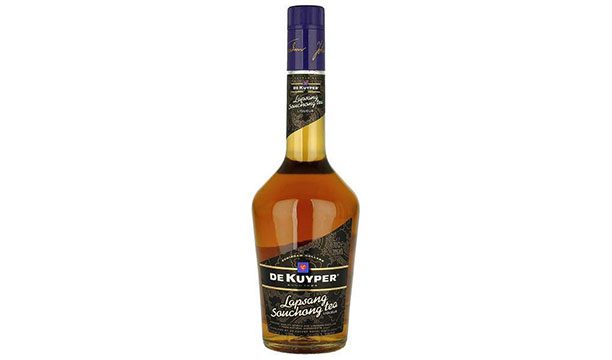 Since Lapsang Souchong is so different from other types of tea, De Kuyper decided to capture the flavour in a liqueur – much to the delight of bartenders everywhere. Blended with extracts of black tea and fine whiskey, this is "smoked tea at its best". Golden brown and smoky - the tea leaves are in fact smoked over pinewood fires - this is billed as a "harmony of sweet and bitter tones". It is bottled at 20% abv and is available online. 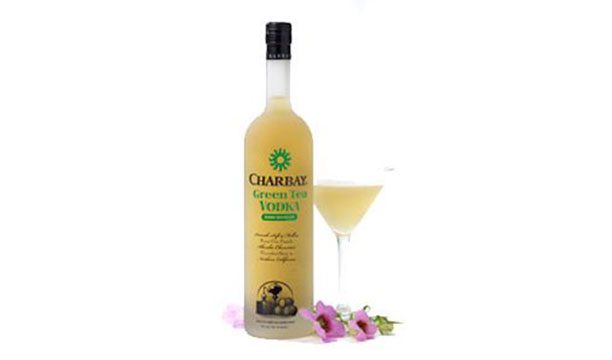 With a creative process that took almost five years, creator Miles Karakasevic tried and tested many varieties of tea to find the one that best suited the idea he had for the drink. He eventually settled on first-growth green tea from the Anhwei Province, a prime region for tea growth found along China's famous Silk Route. The extraction techniques were then perfected to bring well-balanced flavours and a smooth mouthfeel to the table. Try it on the rocks with a splash. 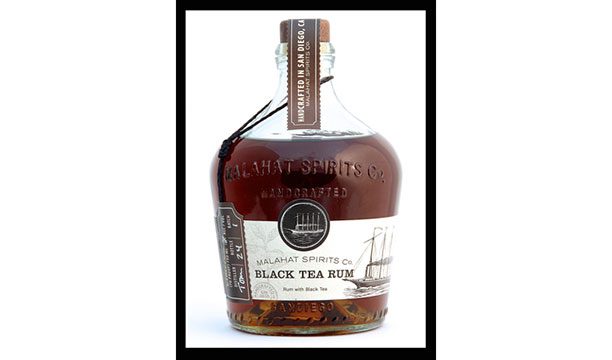 Produced by Malahat Spirits Company, Black Tea Rum uses a distinct flavour of black tea to produce a clean and smooth drink with a great balance. The drink is perfect for the summer, whether mixed with a lemonade or on the rocks with a lemon wedge. It is bottled at 35% abv and is available online and at selected retailers in the USA. 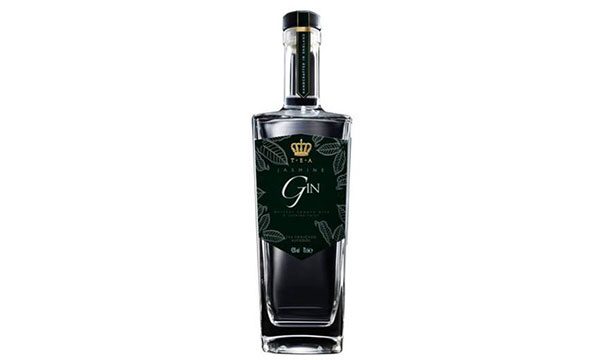 This premium gin has been distilled in bespoke copper pots in Cambridgeshire with the "highest quality loose leaf Jasmine tea". Buttery smooth in its finish, it works amazingly as a G&T or can be shaken with ice to create a delicious martini that's a bit different. Other ingredients that make up its sublime taste include English rose petals, Seville orange zest, juniper and bay leaf. It is available online starting at £23.50 for a 35cl bottle.
Back to Uncorked
ABOUT THE SHOP