The world’s most expensive gin created using a “refined” distillation technique and Italy’s first single malt whiskies are recognised in our pick of the top spirits launched last month.

Glenturret, said to be Scotland’s oldest working distillery, also continued its foray into the single malt category, while Ballantine’s welcomes a “masculine” edition to its portfolio. Other interesting variants in this list include GlenDronach’s first ever peated whisky and a Scottish vodka made using Scotland-made chillies. Looking at those which were made available on the market, as well as those which were unveiled to be released at a later date, this is our roundup of the top 10 spirit launches in November 2015. Click through the following pages to discover which brands made the cut. 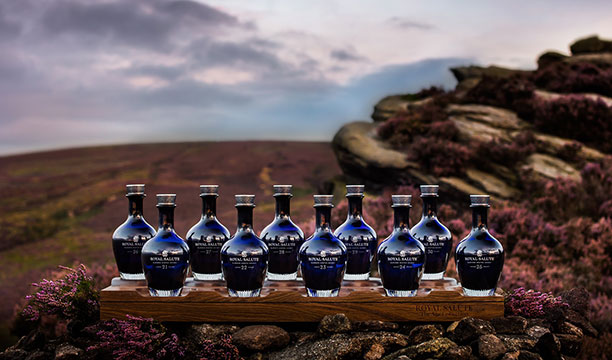 This troop of blue bottles forms Royal Salute's 10-strong collection of age statements blended Scotch whiskies. Said to "pay tribute to age", the range consists of whiskies aged 21 to 30-years-old, some of which includes liquid from closed distilleries, and costs £26,000 (US$40,000) in total. The whiskies are featured on a wooden plinth carved using 8,000-year-old Neolithic wood taken from ancient riverbeds in Croatia. The dark blue crystal bottles themselves have been created by Dartington using techniques that date back to the first century AD. For more information, click here 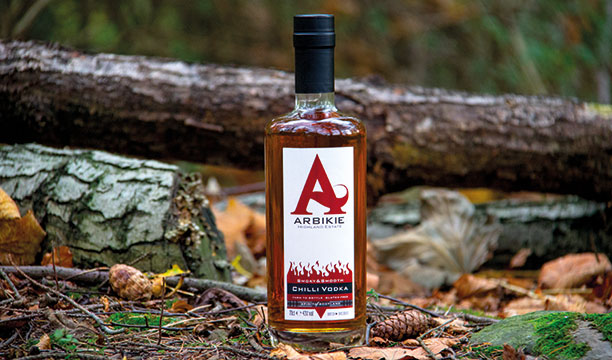 Arbikie Distillery has celebrated its first anniversary with the launch of a new vodka flavoured with fresh Scottish chillies. The company, said to be Scotland's first single estate distillery that makes white and brown spirits, infuses its Arbikie vodka, made with estate-grown potatoes, with chipotle chillis grown by Scotland’s first Chilli farm, Chillilicious. For more information, click here 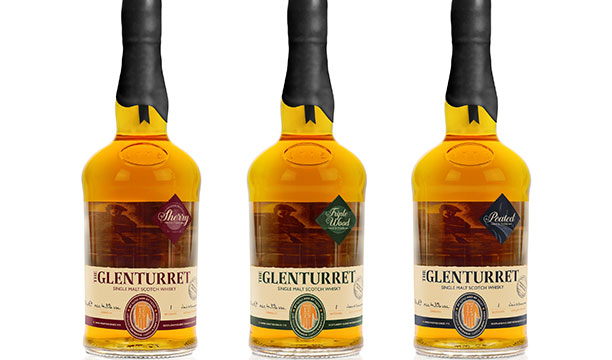 The Glenturret furthered its presence in the single malt Scotch whisky category with the launch of a new range of no-age-statement bottlings, including a peated variant. In addition to The Glenturret Peated, the collection contains The Glenturret Sherry Edition, aged in both Spanish and American oak Sherry seasoned casks, and The Glenturret Triple Wood Edition, matured in American sherry oak, European sherry oak and American Bourbon oak casks. In addition, the distillery launched an "exceptionally rare" 32-year-old expression that pays homage to the man who brought it back into production in the 1950s. For more information, click here 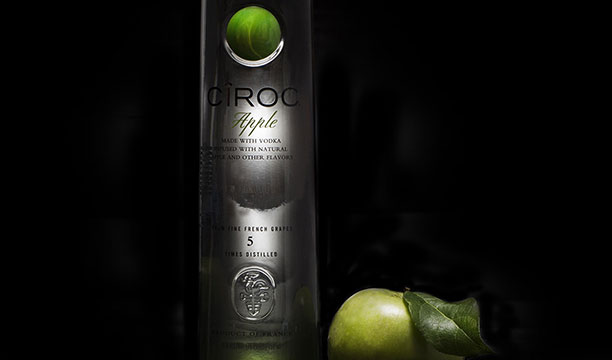 Diageo and P Diddy's Ciroc vodka added a "fresh and crisp" apple variant to its portfolio, which now consists of six flavours. To promote the new flavour, Diageo has commissioned American performance painter David Garabaldi to create a series of billboards in Los Angeles and New York with a “forbidden fruit” theme. For more information, click here 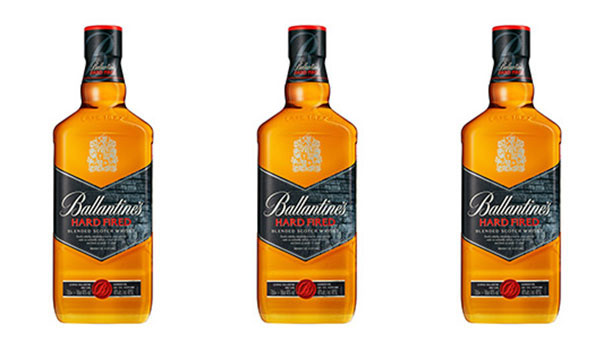 Ballantine's Hard Fired is described as a “subtly smoky” blended Scotch expression created using a “bespoke” cask charring process. Second-fill ex-Bourbon casks were charred a second time, before being filled with the matured liquid and finished for a number of months, creating a “modern, masculine expression”. For more information, click here 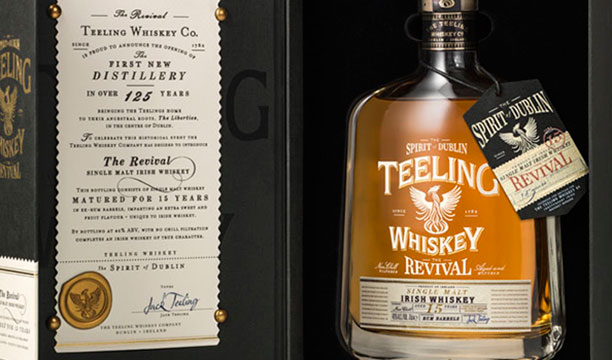 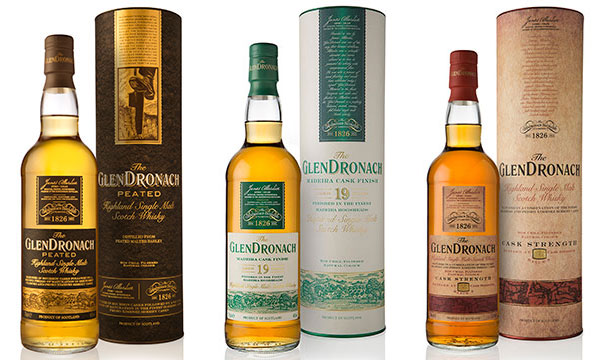 GlenDronach has released its first peated whisky as part of a new three-strong range, which also contains a 19-year-old Madeira cask-finish single malt, as well as a cask strength bottling. Made using peated malted barley and bottled without an age statement, GlenDronach Peated (46% abv) has been aged in Bourbon casks ahead of a second maturation in Oloroso and Pedro Ximenez sherry casks. For more information, click here 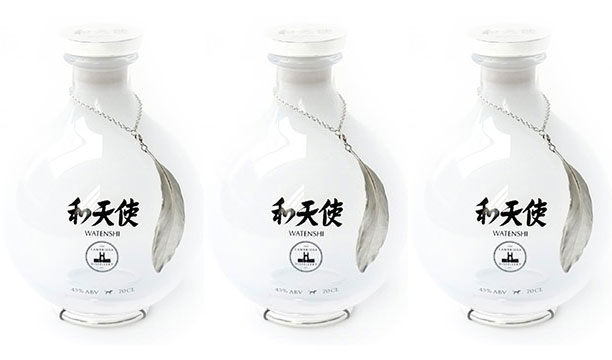 Created by the UK's Cambridge Distillery, Watenshi Gin, at £2,000, is thought to be the world's most expensive gin. Launched exclusively through Selfridges, the gin has been created by capturing the evaporation, known in the industry as angel’s share, of Cambridge Distillery’s Japanese Gin using a "refined technique". One bottle of Watenshi, meaning “angel’s share” in Japanese, requires 50 distillations, with just 15ml created per distillation. For more information, click here 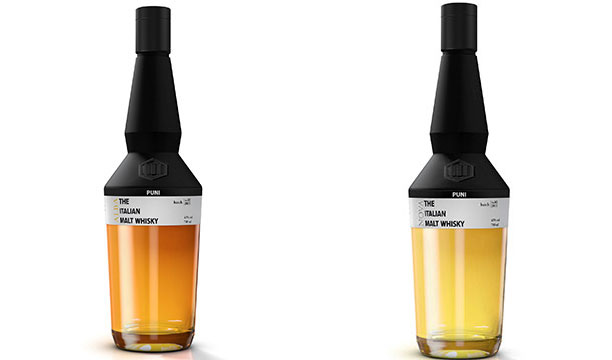 Said to be Italy's first single whisky, Puni Nova and Puni Alba have been created at Puni Distillery, based in South Tyrol, in the Italian Alps. Puni Nova has been matured for three years in American ex-Bourbon barrels and then finished in European oak casks. It is said to have an aroma of honey, banana and vanilla. Puni Alba, described as having notes of candy fruits, sultanas, exotic fruits and smoke, was matured for more than two years in Marsala dessert wine casks and one year in ex-Islay casks. For more information, click here 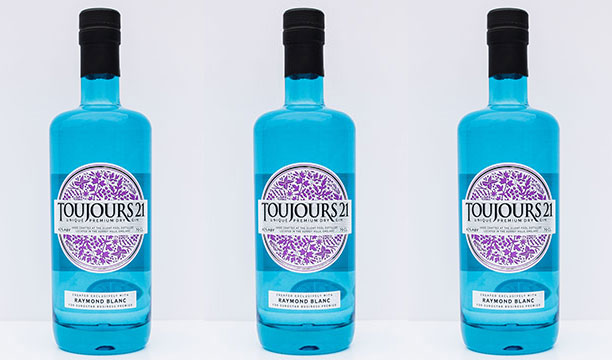 Created in partnership with Silent Pool Distillers, Toujours 21 has been launched by Eurostar to commemorate the transport provider's 21st birthday. The gin is made using a range of French botanicals and floral scents of the British countryside and described as having “rich juniper flavours and citrus traces” blended with “the subtle sweetness of honey, creating a balanced gin that is classic yet unique”. Last month also saw the launch of Silent Pool Distillers' own namesake gin. For more information, click here