Online spirits retailer Master of Malt has launched The Dram Club, a monthly UK postal subscription service from its Drinks by the Dram concept. 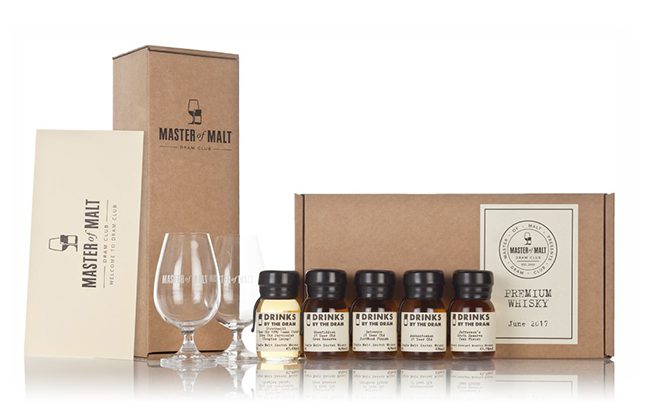 Developed to enable consumers to “explore the world of fine spirits”, each month subscribers receive five different 30ml samples of gin, rum, whisky, premium whisky or old and rare whisky. Each spirit comes with a collectible tasting card with tasting notes and space for subscribers to add their own. At the start of the subscription, members are sent a welcome pack, and will receive “increasingly rare and unusual” bonus gifts after three, six and 12 months in the club. Gifts can include drams of 40-year-old Glenfarclas single malt Scotch, 33-year-old Port Ellen single malt Scotch, or a bottle of Bathtub Gin. Subscriptions start from £24.95 per month including delivery, with options for three-, six- or 12-month memberships. While The Dram Club is only initially available in the UK, the retailer plans to expand the concept worldwide in the coming months. In addition to the whisky, gin and rum offer, Master of Malt says it will look to introduce more spirits to the club, including Cognac, Bourbon, Tequila, mezcal and vodka. Drinks by the Dram is known for its spirits advent calendars, with Master of Malt releasing a £10,000 (US$13,300) Very Old & Rare edition last festive season.