In a Facebook post, the distillery announced it was following up its inaugural Ki No Bi Kyoto Dry Gin expression with two new releases set for launch later this month [May 2017]. Ki No Tea is made with teas including Tencha and Gyokuro as botanicals for “intense aromas” and a “depth of flavour” along with a “wonderful sweetness” that occurs naturally when the teas are distilled. The expression was developed with tea grower and blender Horii Shichimeien, a company which dates back to the Meiji era in 1879 and is today based in Uji, to the south of Kyoto. Also set for launch is Ki No Bi Navy Strength, made in the s 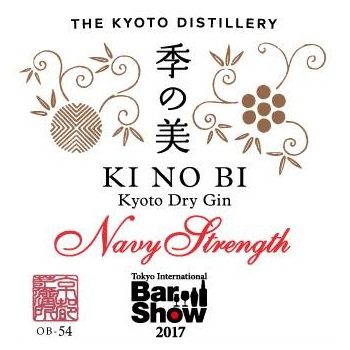 ame way as the flagship expression where six different groups of botanicals are distilled separately and then blended, but with a “recalibrated” recipe to “bring out the best of each botanical at a higher proof”. Ki No Bi Navy Strength has been bottled at 54.5% abv exclusively for the Tokyo International Bar Show 2017, which takes place from 13-14 May. Founded in 2015 by Number One Drinks’ Marcin Miller and David Croll, The Kyoto Distillery released its first product, Ki No Bi Gin, in August 2016. The expression, produced using 11 botanicals distilled in six flavour categories, is thought to be the first product of its kind made in Japan. Ki No Bi Gin was named as The Spirits Business' Most Innovative Spirits Launch of 2016 earlier this year.
Back to Uncorked
ABOUT THE SHOP