Sazerac’s micro-distillery A Smith Bowman has launched a pair of Bourbons, collectively the 16th release in its ‘experimental’ whiskey line. 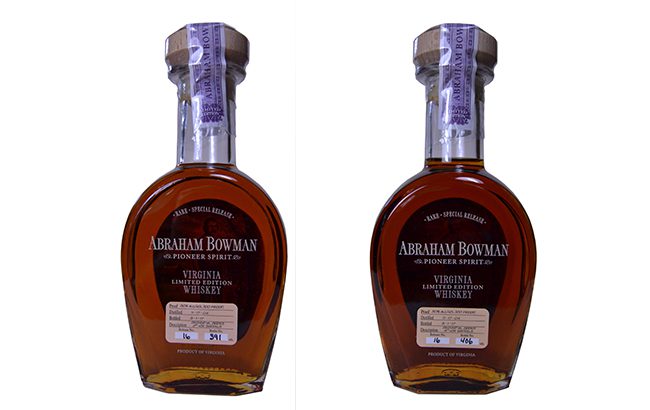 Part of the Abraham Bowman Sequential Series, each of the whiskeys is matured and then finished in two different barrel types. The first expression was matured for nine years in new charred white oak barrels before being transferred into barrels what had previously held Bourbon for nine years. Half of that portion was barrelled at 125 proof (62.5% abv) and the other half at 115 proof (57.5% abv) for finishing for three years and five months. The second part was also aged in new charred white oak barrels for nine years, but was then moved into fourth-use barrels that had aged both Bourbon and Port wine. Again, half was filled at 125 proof and half at 115 proof for three years and five months. Each of the two expressions was then finally bottled at 100 proof. Master distiller Brian Prewitt gives nosing and tasting notes of “vanilla, baked apples and cherry” on the liquid from the second use barrels, and “dried fruit and dark spices” with “figs and vanilla” on the fourth-fill whiskey. The release follows the Sequential Series philosophy of exploring how flavour profiles are affected when Bourbon is transferred into different barrels. An “extremely limited” release, the Abraham Bowman Limited Edition Sequential Series Bourbon will be available for Virginia residents to purchase through the VA ABC Lottery, and from the A. Smith Bowman Distillery Visitor Center, from 27 May. Sazerac adds that limited stocks will be available from other states over the summer. Each of the two parts of the expression is available in a 375ml format, priced at US$39.99.